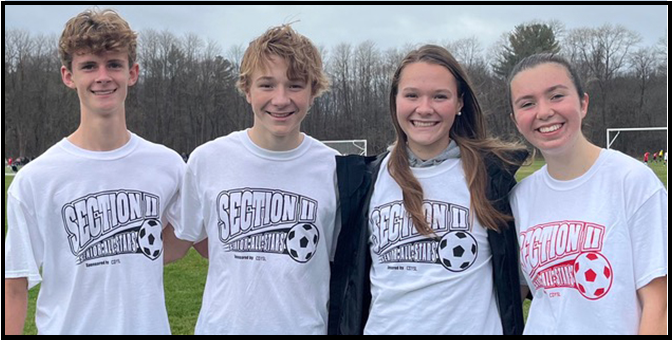 Greenwich seniors Jack Wade, Declan Kelleher, Maeve Kelleher, and Cate Abate participated in the Section 2 Senior All-Star Soccer games on Friday, November 11th at DiCaprio Park in Guilderland, NY.  The games represented an opportunity for the players to team up with fellow seniors from the Wasaren League for a friendly competition against seniors from other area leagues from Section 2.

Declan Kelleher and Cate Abate were recently named to the first team of the Wasaren League soccer all-star teams.

Congratulations to all of the Greenwich soccer players for their strong representation in the Wasaren League. 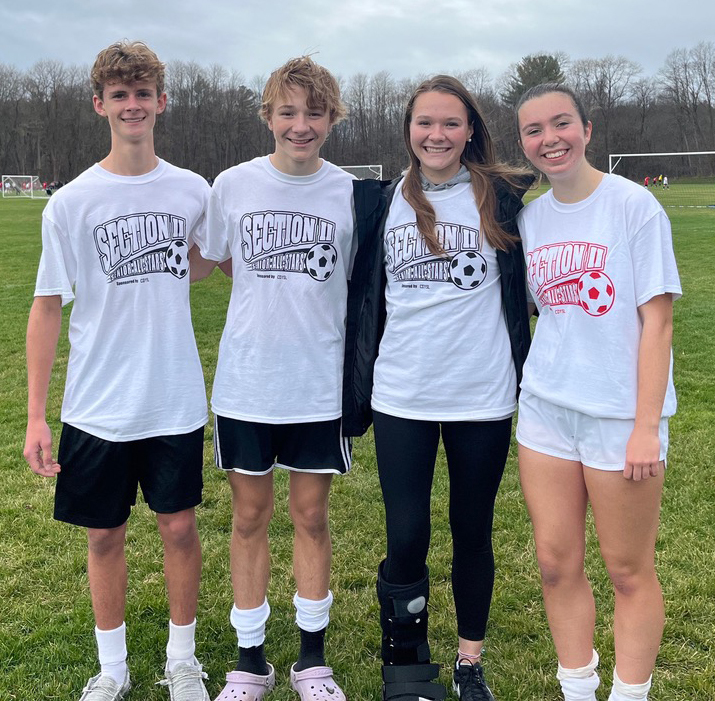